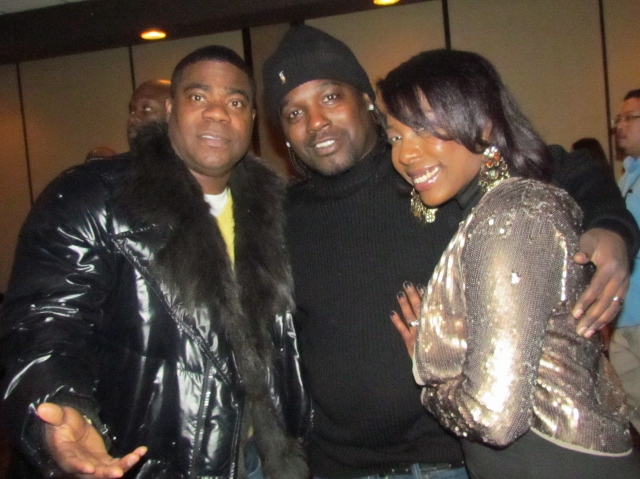 Who has heard that smiling uses more muscles than frowning and the scientific fact that a smile has positive affects on the face? I don’t know about everyone else but if that is the case, I see no fault in relying on a nice laugh as means of a premed facelift and…what better place to invest in one other than a comedy show?

After being informed that Tracy Morgan was debuting his “Excuse My French” tour in Pennsylvania, I took the extended invitation to go see what standup comedy he’d be showcasing while on tour. Let me just mention that both New York and Pennsylvania experienced snowfall the night before the event – needless to say I reached the venue late.

Upon arrival Tracy Morgan had already been an estimated 45 minutes into his act. With that said, I arrived just in time to catch the last 20 minutes…call it a “Black Thing” *lol*. I caught the jokes about interracial dating and it’s benefits for a “black woman”, a crack about him allegedly dating a handicapped girl and he even went as far as cracking on club bouncers that are overweight – irony – when he is apparently a tic tac from a chair break. As I waited anxiously for him to tickle my funny bone I found myself chuckling just a little when he referenced his friend And coordinator of the event “Knowledge” for his attempts to put together a gig where the audience would be a room full of amputees. The punch line of that joke went something to the effect of “A lot of p***y crawling around”. Although I found most of the twenty minutes to be dreadfully raunchy – he did entitle the show “Excuse My French”.

Now let me just be a critic because after locking down stage side tickets, commuting for 2 hours, anticipating to piss my pants, looking forward to the organic exercise of delaying the signs of aging – I expected the best to be saved for last. The conclusion of the gig which in my opinion should have been – the “Creme de la Creme” Instead ended with…let me just say I cant remember. All I can recall is when he said his name – raised his hand (which was an annotation that the show was over) then he exited the stage. Although he got a round of applause there were crickets chirping in my mind. I am almost convinced that the crowd stood up in applause as a way of being one step closer to the door. As soon as he dove backstage everyone was gone. Truth be told I was disappointed.  Not only was his closing remarks dry but, I was annoyed at the help someone hired to slap on the table behind me and laugh like gas induced hyenas. I’m sorry but I witnessed a show two wonder bread slices short of a peanut butter and jelly sandwich and a pitcher of kool-aide shy of a bag of sugar. ~sidebar: I referenced food because I know the way to a mans heart is his through his stomach therefore if Tracy reads this it will likely have the ability to draw a smile on his face *lol*.

I’ve read some of the reviews and lets just say that they were brilliant when it comes to tasteful word play. In a nutshell they pretty much wrote up some “news” to highlight that the small town had a celebrity touch down.

Who am I to critique a show I only got to witness approximately 31% of? The critic who is about to give a respectful word full of credit to a man who hustles harder than hustle man (no pun intended). The man with the ability to attract a room full of people (because ladies and gents it was a sold out show)…Mr. Drayton himself.  I’ve had the pleasure of knowing this man for years and one of his most appealing characteristics is his leadership and poise as a BOSS. He is strong willed and dedicates every ounce of energy in a project he believes in. Dream chasers show passion by the efforts. Kudos to Ron “Knowledge” Drayton for shedding light to a town tucked along the roads of Pennsylvania. In my book these hard works are always respected and never go un-noticed. Mr. Drayton administered this event under his founded business name “Black’n Out Entertainment”. 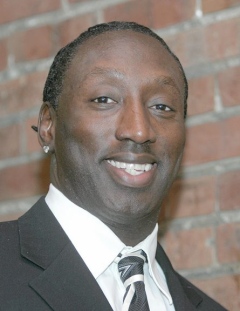 I say that to say this…wrinkle cream anyone? *lol*. These are my opinions and I exercise the right to my entitlement of said opinions. Tracy is a funny guy on T.V. but standup is a whole different ball park. in other news business is business as usual and with that said I support entrepreneurship therefore be on the lookout for Black’n Out Entertainment I’d like to see it grow as an establishment.

Blogging A Point Across